Last week, my family and I did something that we hadn’t done in a while. We plugged in our duel VHS/DVD player, which I’m a little embarrassed to admit we still have, and reminisced on some priceless memories, courtesy of our old home movies.

Now although I could go on and on about how ABSOLUTELY ADORABLE I was as a small child, that is not the point of this blog post.

But if that’s what you want to hear, holla at’cha girl and I’ll give the people what they want.

In this video, it was Christmas time, circa 1990. Seeing as though I was only a wee little baby of 4 months at the time, the star of the show was my older sister who had just turned 3. She received a wide assortment of gifts that year, ranging from a toddler sized kitchen set to a ride-on spring horse.

The presents we received that year would put a smile on the face of any child. But that’s not the point of this blog post, either.

What sparked the idea for this particular post was not so much what I saw, but what I heard in the video.

While my sister was throwing herself back and forth on her new horse, a song could be heard playing in the background. It was an old children’s Christmas song that would have rivaled any Kidz Bop song today called ‘Super Duper Christmas.’

For the 99% of you that have probably never heard of this classic, I’ll give you a little snippet.

He is the reason that we sing 🎶

And that, blog readers, is the point of this post. And more importantly, that’s the reason for this Christmas season.

Now I, like everyone else, likes unwrapping new socks on Christmas morning, because everyone loves new socks, amirite?? But those gifts don’t compare to the ultimate gift that we were given 2,000+ years ago.

So this Christmas, let’s take a little time to thank God.

Thank Him that on this day, we celebrate the birth of His Son and our Savior. Thank Him that because Christ died, we could live. Thank Him for the favor and blessings that He’s shown us, because I can guarantee they won’t compare to what you’ll find under the tree. And thank Him for just being Him.

with Jesus this year 🎶 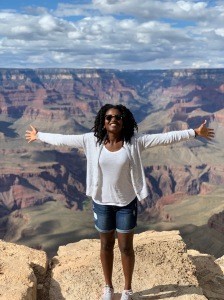